Who knew that the thrill – or the threat – of an ice cold shower could harbour such potential? The phenomenal success of the ALS Ice Bucket Challenge has raised more than big money and awareness about a debilitating disease with no known cure. It has inadvertently raised ethical concerns about fundraising dollars and animal research. And it has also called into question the squandering of potable water. People as far away as drought stricken Henan, China, have responded to the viral campaign by staging photos of themselves with empty buckets raised above their heads. In thirsty California, some participants have substituted sand to highlight the water crisis there.

American Jim Gulliford, executive director of the Soil and Water Conservation Society, has informed reporters that indeed “fresh water is one of our nation’s most precious resources” and “should never be undervalued or wasted.” Nonetheless, he has chosen to downplay the significance of the millions of gallons of water the Ice Bucket Challenge has already involved, by admonishing critics to channel their concerns in “a more positive way.” His suggestion? Fix leaking household faucets! Good to know, Jim, that a kitchen tap dripping eight times a minute wastes five gallons of water a week. Not so helpful to keep people in the dark about the water-greedy agricultural systems behind food choices made daily in the very same room. For example, according to Cornell University’s Dr. David Pimentel, you can go “two years without a shower and still not save as much water as you would by not eating one pound of beef!”

It is reasonable to think that every drop in the bucket should count in California these days, now in its third year of the worst drought to hit the region in five centuries. The state is currently short more than one year’s worth of reservoir water for this time of the year – about 3.8 trillion gallons short! Groundwater extraction and agricultural expansion is only exacerbating the problem. Agriculture uses 80% of California’s water, and almond groves in particular are most frequently singled out for their high water intake at 10% of the total. But cows in California are fed a lot of alfalfa, which uses 15%. It takes approximately 683 gallons of water to grow the 6 pounds of hay one bovine requires to make a single gallon of milk. And in addition to the state’s 1.7 million factory-farmed dairy cows, the most recent census from Food and Water Watch estimates 563,000 beef cattle, 131,000 hogs, 49.6 million broiler chickens, and 19.7 million egg-laying hens – all intensively raised, and producing as much untreated manure as 456 million people (more than the entire U.S. population!)

California produces nearly half of all fruit, nuts and vegetables consumed in the United States and and is responsible for 70 percent of the plant foods imported to British Columbia. According to UBC Land and Food Systems Professor James Vercammen, we import three times as much fruit as we export, due to our short growing season. What is happening in California is far reaching and should be instructive, particularly in terms of how much precious water is diverted into unnecessary animal products. We could and should be growing far more plant foods here, as well, on land currently occupied by livestock.

It takes 435 gallons of water to produce a standard four ounce serving of beef in the US, according to a study by Mekonnen and Hoekstra. The same size serving of pork uses 165 gallons of water, and for chicken that figure is 66 gallons. Grass fed animals do not have a smaller water footprint, because access to sunlight and outdoor activity increases thirst. Contributing even more to livestock’s water footprint, of course, are the copious quantities of water necessary for the slaughter process – an estimated 132 gallons per bovine carcass.

While meat products have a far greater water footprint than dairy, revealing the H20 ‘hidden’ in a single stick of butter (109 gallons), a single serving of greek yogurt (90 gallons), two thin slices of cheese (50 gallons), or one small scoop of ice cream (42 gallons) exposes these products as the water squanderers they truly are! Switching from cow’s milk to almond milk reduces water waste by about 25%, while choosing a glass of organic soy milk is 75% more water conserving. Transitioning to a fully plant-based diet can reduce one’s water footprint by 60%.

Not only would a concerted public shift away from animal product consumption be immensely helpful to the survival of California’s finite water reserves, it would greatly reduce the rate of GHG emissions from animal farming that are a leading source of global warming – more than all transportation combined. When world leaders gather in New York City for the 2014 Climate Summit this month, they will be greeted by tens of thousands of demonstrators demanding real solutions. A growing number of activists are fed up with the fact that mainstream environmental organizations continue to marginalize the elephant in the room by focusing primarily on fossil fuel reduction and anything but animal agriculture in their climate campaigns. It’s true that the animal agriculture industrial complex is a daunting force to be reckoned with. “Cowspiracy”, an excellent crowd-funded documentary recently launched in San Francisco is exposing this problem to sold-out audiences far and wide. Watch for it! 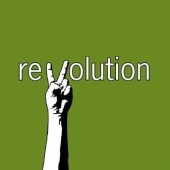 What Is The Strongest Cbd Oil Available And Get Rich

Greatest Job Search Sites To Get Hired Rapidly In 2021