So the City is “Surprised”!

So the City is “surprised” at the less than enthusiastic reception their eleventh hour “peace plan” (designed to save their hides in November) received from Friends of Maple Pool!

I would have been surprised had the Friends responded in any other way. Apparently our “Council of Maple Fools” thinks we voters are the real fools. They have never taken a constructive step on Maple Pool over the past four years. Now, just as we are about to go into the November elections, they suddenly want to extend an olive branch. But with no guarantees and many open exit doors for them to escape through after the election. The re-zoning process will take until well after the election and may not be approved; there may be a problem with building codes, etc. Nothing is certain, but trust us until after the election and our behaviour will be totally different over the next four years from what it has been over the last four! Yeah, right!

Judge Baird told the City’s lawyer that he wasn’t born yesterday. Neither were we! 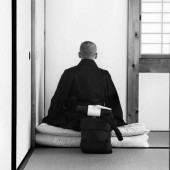