onset Alzheimer’s. Music, courage and friendship are the only medicines left.

Mann states “ I don’t need to be reminded about what Alzheimer’s is like. It’s like a white wall.” With

the support of his wife, he and his bandmates decide to give their fans a final performance at Toronto’s

legendary Massey Hall. However, with Mann reading lyrics from an iPad, the band has had to make

some adaptations. Drummer Vince Ditrich comments “I think we’re all starting to feel like we’re kind of

propping Johnny up to a point where its starting to lose dignity”.

With candid interviews from family and band members, we have a “back stage pass” to one of

Canada’s most charismatic performers. It’s hard to imagine a film about someone facing early-onset

Alzheimer’s ending on a high, but when the subject is John Mann, the joy just flows.

From the director of Facing Ali and Sports on Fire, this film is an emotional and musical tribute to one

Everyone is welcome. Admission is by donation. 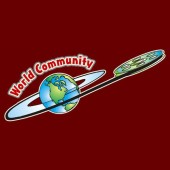